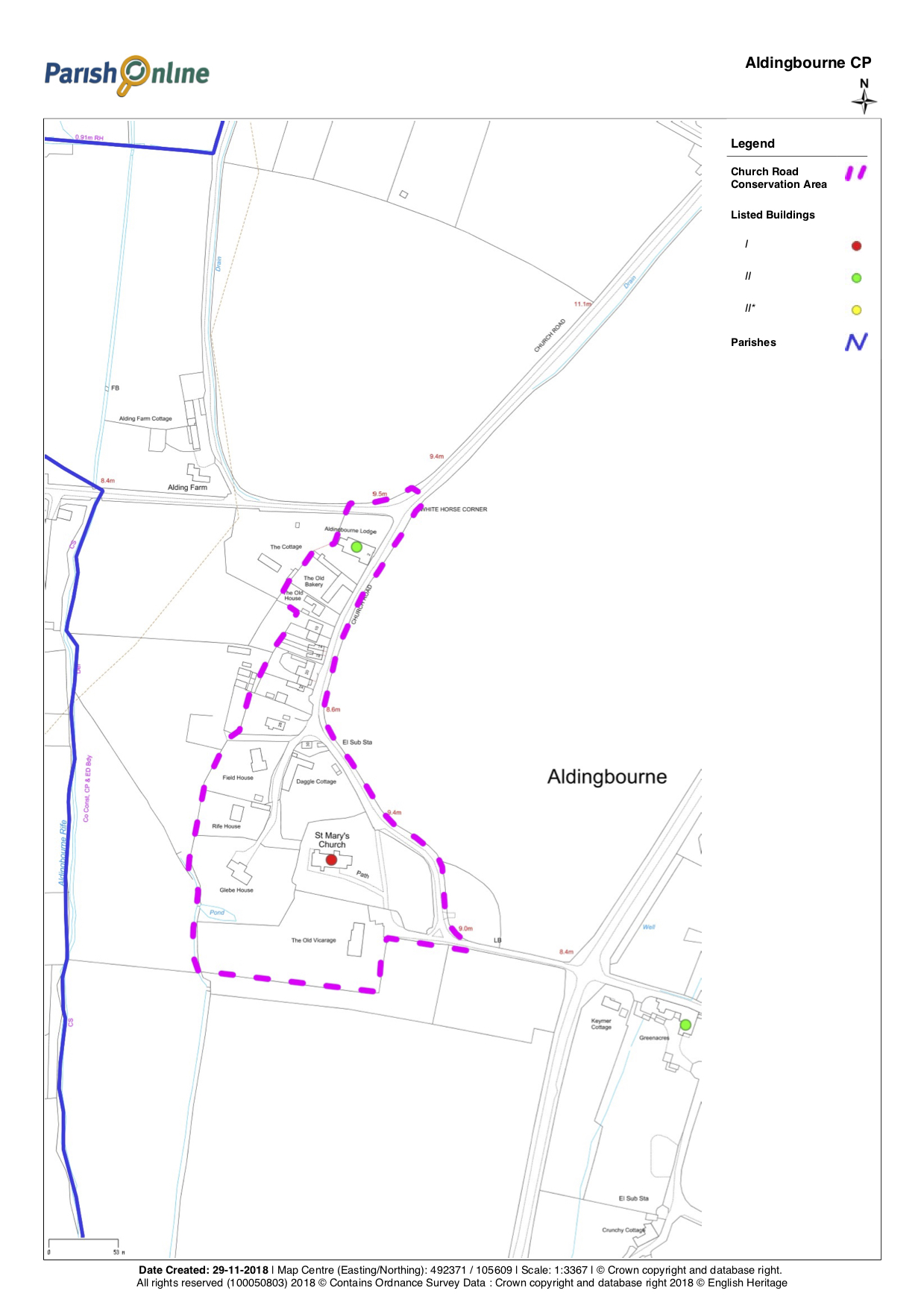 Aldingbourne is a small rural settlement located between Littlehampton and Chichester on the Sussex Plain.

Although the Conservation Area contains only two Listed Buildings (St Mary's Church and Aldingbourne Lodge) it comprises an attractive, historic, self-contained and linear group of buildings in an open rural setting. The unobstructed open views from Oving Road and the approach road (Church Road) into the settlement are particularly impressive, enhanced by the pale colour wash of most of the buildings. The mixtures of plain clay and slate roofs,  together with chimneys, are important features.

St Mary's Church date from the 12th century with considerable restoration in 1867. The churchyard contains many mature trees. The Church and the tree groups form attractive focal points particularly at the southern settlement and when viewed from the north end of Church Road.

There is a spaciousness to the layout of the settlement south of 30 Church Road, enhanced by mature trees and hedges. This contrasts with the tighter street fronted layout in the northern half of the settlement.

Brick and flint walls are important features of the Conservation Area, particularly those surrounding St Mary's churchyard and Aldingbourne Lodge.

Aldingbourne Lodge is an imposing stuccoed building of classical style which, together with the mature trees in its grounds, forms an impressive terminating focal point,  particularly when viewed from the southern end of Church Road. A particularly attractive feature are the wrought iron entrance gates located on the northern boundary of Aldingbourne Lodge.

The lack of pavements in the settlement help enhance its formal rural character. A particular characteristic of the settlement is the sharp visual contrast between its linear form and the surrounding open, flat landscape.