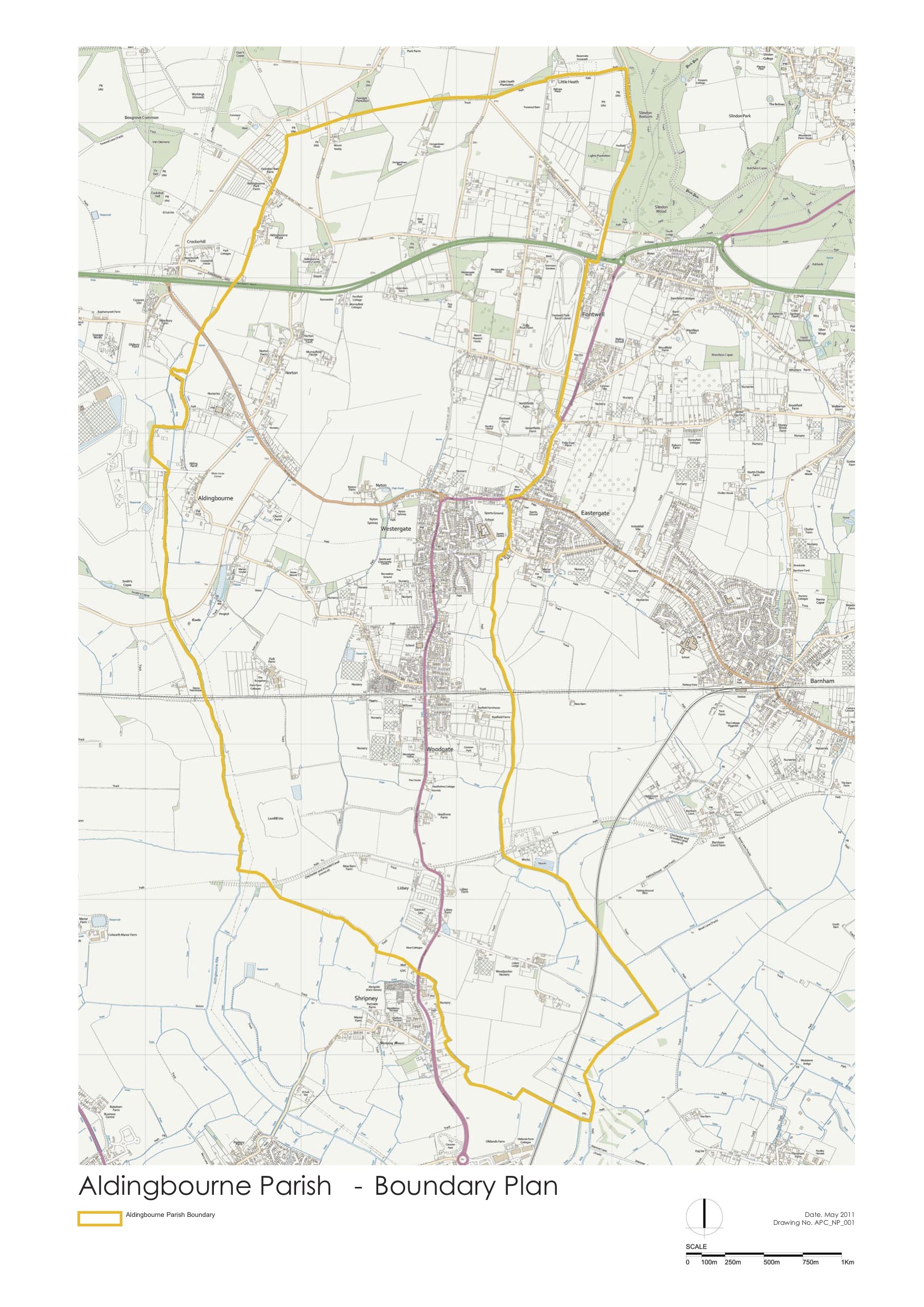 Most of the population is centred in Westergate, astride the A29 and midway north to south in the parish, other smaller hamlets include Norton, Nyton, Woodgate, Lidsey and Aldingbourne itself. Apart from these settlements, there are also dwellings scattered across the rural areas.

The Parish ranges from Slindon Woods ( National Trust) in the north to near Bersted in the south, bordering Tangmere airfield in the west and Eastergate in the east.

The A27 Trunk road cuts across west/east from Crockerhill central gap junction to Fontwell roundabout at the A29 junction. The large area to the north of the A27 is in the South Downs National Park and is effectively cut off from the rest of the parish by the dual carriageway A27 ( T ).

Alongside the A29, west of Fontwell Avenue is the Fontwell Park racecourse.

In the southern sector is the Lidsey landfill, stretching from the historic, disused Arun to Chichester canal to the South coast railway line at Woodgate, covering an area of roughly 80 hectares.

The B2233 secondary road also traverses the parish from the A27 at Crockerhill (gap junction) to the A29, continuing through Eastergate, Barnham and Yapton to the A259 at Clymping. ( refer to parish map )The smaller settlements are accessed via narrow winding lanes. North of the railway, the western side is well served by public footpaths, but no bridleways.

The majority of farm land in the parish is arable, there is some temporary and permanent pasture, but no dairy farms and little in the way of livestock

In the past many smallholdings and nurseries existed, mostly in close proximity to Westergate, although a few still remain as businesses, most are either disused or have already been developed. ( refer ’ Down my Way,’ Bertha Watson p.56).

In recent years there has been an increase in small parcels of land being used for equestrian purposes, in addition to the establishment of several unauthorised mobile home/caravan sites in rural parts of the parish.